An Ode to Ateret Cohn

Andy Karsh’s father Howard was very involved in the Milwaukee Jewish community: he was the Hillel Director and worked at the JCC for many years in programmatic roles. Because of his father’s community connections, Andy learned about Camp Interlaken and started attending as a camper in 1972. His final summer was in 1979 where he was on staff and worked for Ateret Cohn.

By this time, Andy was already living in Israel and attending Yeshiva. He went by his Hebrew name, Yehoshua, which he still uses with his work, colleagues, and students. His friends and family continue to call him Andy. He lived in Israel for about 17 years, and he moved to Northbrook, IL with his wife and family in 1995. Today, Andy is a Rabbi and Jewish educator. He is the director of the Torah Learning Center of Northbrook and an educator at Darchei Noam Glenbrook.

In 2007, Rabbi Yehoshua Karsh published a book of poetry: Notes of an Urban Amish: A Collection of Poems. Within this collection is a poem called “An Ode to Ateret Cohn,” which he wrote for his beloved camp director shortly after she passed away in November 2005. In a recent conversation, Andy shared that he felt like he was Ateret’s favorite. He chuckled and said, “Everybody did. She made you feel that way.” He soon learned that everybody thought they were Ateret’s favorite. It amazed each of them how Ateret had this beautiful gift of making every person feel that way. Leo and Michael Cohn, Ateret’s sons, were counselors at Camp, and Andy became close with them. Leo was Andy’s counselor when he was in oldest boys, and they have since been lifelong friends. 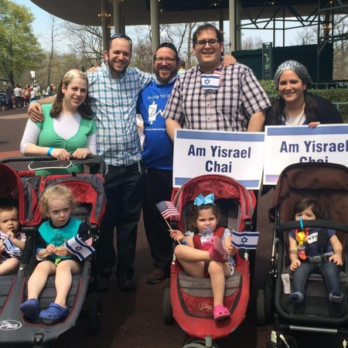 An Ode to Ateret Cohn

and I miss all of that

but most of all
I miss the way she looked at me
the pride she had in my accomplishments
the disappointment she expressed
when I sold myself short
the joy she had
in my growth
and the ire she had
towards anyone she suspected of treating me wrong.

while we sat with her
telling her how much she meant to us
she turned to an attendant
and said:
these lovely men
say that there are many people
who know me
who look up to me

the attendant wasn’t buying it
we passionately set the record straight
there are people
all over the world
who look up to this woman
who consider her one of the great influences on their lives.

but I hope you can space a minute
to think about me
and smile
and then maybe one more yelling at me
for not doing more
of what you always believed
I could do.