Eizeh yofi, yofi tofi…I feel like if I close my eyes I can still hear the voices raised in chant and cheer from the chadar, where we as a community praised whichever camper had reached new heights that day. Everything from getting up on skis for the first time, to hitting a bullseye in archery, would be announced after meals and elicit a rousing chorus of this Hebrew camp cheer. 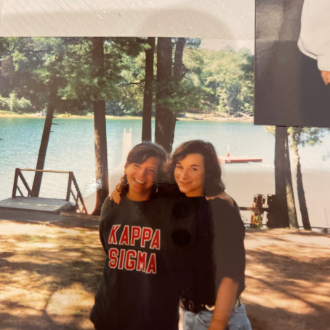 Recently, I posed this question to Andrew, my youngest and only child to have experienced the “Interlaken magic.”

“They still do ‘eizeh yofi’ at camp, right?”

Andrew answered sarcastically, “No, I do not even know what you are talking about.” Undeniably, this was his way of saying it’s my experience, not yours.

However, this got me thinking…

Of course, I recognize first and foremost – as it’s been a “few” years since I was an Interlaken camper and counselor – much has probably changed.  Nothing stays the same; this simplistic idea applies to everything in life, so why wouldn’t it apply to camp as well?

As an alum who sends their child to camp, I confess this was not my first rendezvous with camp nostalgia. I have often wondered:  What remains the same from the camp we knew in the 70s and 80s? Undoubtedly, there are other Interlaken alumni with “second generation” campers who I’m sure must think about this, too.  I confess this has even led me down the rabbit hole of obsessing over daily photos while Andrew is at camp. The standard questions of “Does he look happy? What activities is he doing?” inevitably has led to trying to recognize customs and nuances of what I believe we alumni all found so special about Interlaken: schticks, kuntzim, and dancing in the chadar.

Identifying the new traditions is cool ,too, like seeing everyone on the athletic field in white for Shabbat. In addition, I understand  the CIL Roads song is now part of the repertoire that will forever be ingrained in the memories of campers of this generation. Yes, there’s still K’far Takeover (KTO),  Maccabiah, opening and closing campfires and lake swims, and campers still get an Oreo for swimming to Peckarsky’s. From what I have surmised, what happens in between those campfires looks like the camp I know, with new traditions mixed in with some old. 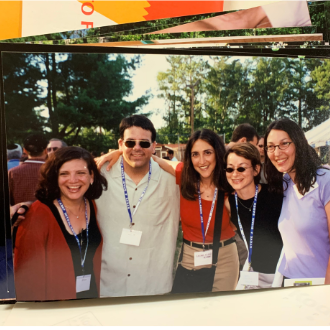 When asked by others why we send our child halfway across the country instead of easier, local options, my answer is a simple response: Interlaken is special and unique.  There is so much about it that makes it one-of-a-kind.  Yet, two simple concepts that were introduced to campers in the 1970s and 80s still stay with me: everyone’s a star at Interlaken and everyone gets a second chance at Interlaken. Plus, the entire camp recognizing these accomplishments in the form of eizeh yofi’s, is what endures in hearts and memories far beyond the north woods.

While maybe it seems silly or overdone to praise a child for getting up on skis for the first time or hitting the bullseye in archery, I have seen firsthand how much of a difference it makes. In my eight summers at camp, I witnessed many campers get up on skis for the first time and at lunch or dinner, when the eizeh yofi came, they may have looked uncomfortable, but they also looked proud.

For me, everyone gets a second chance is the embodiment of kindness. When we make mistakes – which we inevitably do because we are human – it shows there will be understanding and forgiveness. Who couldn’t use more of this in their world?  My interpretation of everyone is a star at Interlaken is that we all have inherent qualities that tap into our gifts. I bet if you really think about it, you can even pinpoint how Interlaken brought yours out.

Admittedly, camping in general is great for kids. It should be transformative. With these very simple tenets, the experience becomes not just transformative, but life-altering. Certainly, there were campers who truly needed to hear they were “a star” at something. What is a star anyway? It’s something that shines brightly.

I hope the alumni have all found a way to shine in their lives, as well as being given the grace at moments when they were not perfect, to know there are second chances. Whatever you are doing now in your life, whether it’s raising kids, working (hopefully in a career you find satisfying) or even getting ready for retirement, to my fellow alumni, I say, eizeh yofi.

Note from the camp office: In these pictures we believe are Laurie Mantras Gross, Beth Weitz Katz, Jon Resnick, Laure Fine Blumen, Beth Weinstein Inbinder, and Kim Styler. If you recognize someone not listed let us know! 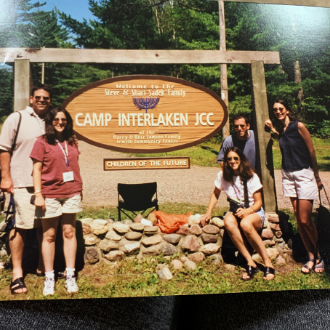