I am thrilled to share news with you about Camp Interlaken’s growing leadership team: we have hired both a new Assistant Director and a Program Director!  Mark Gutman has been hired as our Assistant Director and will take the lead role on Camp operations, staffing and the Ozrim program.  Stephanie Wezelman has been hired as our Program Director, and she will oversee camp programming while playing a lead role in alumni relations, camper recruitment, and communications. Mark’s Jewish summer camp experience started when he was a lifetime camper at Shwayder Camp in Colorado.  Since 2006, Mark hasn’t missed a summer of Jewish Camp.  He held various leadership positions at Shwayder and URJ Camp George including CIT Director, Specialist Director and Program Director.  After receiving his degree in Human Development and Family Studies from Colorado State University in 2010, he continued to pursue his passion for informal Jewish education as the Youth Director at a Reform Synagogue outside of Boston.  Mark joins the Interlaken family after spending the last three years as the Director of Youth Engagement at Temple Rodef Shalom and the Assistant Director at Camp Rodef Shalom in Northern Virginia. He is excited to move to Milwaukee and join the team at Camp Interlaken JCC!

Stephanie – a native of Tucson, Arizona – is very excited to join the Camp Interlaken family!  Stephanie spent twelve years at overnight camps in Arizona and Canada as a camper, CIT, counselor, and head 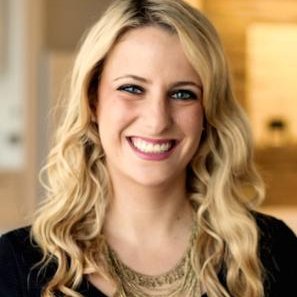 specialist.  Stephanie has a BA in Journalism from the University of Wisconsin-Madison.  She spent the past few years in Chicago working in marketing and advertising, but her heart has always been with camp. Stephanie’s been involved with the Jewish community in various capacities and cities over the years.   Most recently, Stephanie worked closely with the Young Leadership Division at JUF in Chicago as an active member and LEADS leader.  She loves working with children of all ages, and she is very excited to work closely with our staff to provide an amazing summer for all of our campers.  Stephanie spends a lot of time taking photos, and she loves being outdoors.  She cannot wait to become immersed in the Interlaken community with all of our campers, staff and alumni.

I know you join me in welcoming Mark and Stephanie to the Camp Interlaken family.