Havdalah Around the World 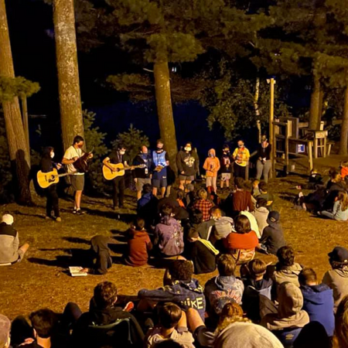 The Camp Interlaken Alumni Subcommittee had a great idea: Havdalah Around the World!  They asked camp families in various cities to host a Havdalah event where they opened their homes to any alumni or friends of Interlaken in their local communities to join them to celebrate an Interlaken-style Havdalah.

Havdalah, or “separation” is one of the most sacred rituals that the Camp Interlaken family celebrates. Every Saturday night, the entire camp gathers lllllllllakeside under a moonlit sky once three stars are present, and they sing together to separate the holiness of Shabbat from the upcoming week. After our revered ceremony is finished, Camp sings “a good week, a week of peace, may gladness reign, and joy increase…” as we wish one another a Shavua Tov, a good week. Together, everybody places their right hand over their left to clasp the hands of those next to them as they sing Rod Hayom and head towards bed to assure they are rested and ready for the week ahead. 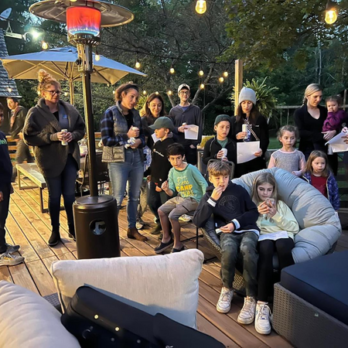 In many communities, our alumni said “yes” to hosting our first Havdalah Around the World; families celebrated together in Madison, Milwaukee, New York, Chicago, Minneapolis, San Francisco, Denver, and Washington D.C. In Madison, Emilie & Jesse Sondel hosted. While I live in Milwaukee and work for Camp full time, I am a Madison girl at heart. Of course, I decided to go “home” for Havdalah at the Sondels’ house. What I experienced was nothing less than Camp magic. 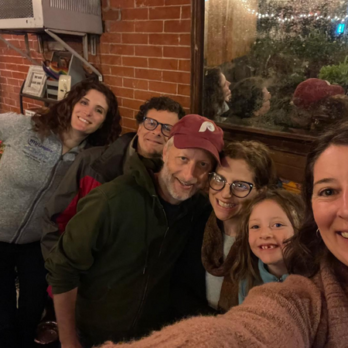 Havdalah has always been my favorite part of the week at Camp. Gathering with your best friends, singing together beneath the stars, and embracing the serenity of the woods always made me feel centered as I entered the new week. Havdalah Around The World was no different. As I arrived with two of my closest Camp friends, we were greeted in the driveway by an alumna who is also a committee member, closely followed by several excited campers with a basketball in hand. As more people filed in, I watched a variety of reunions: campers who hadn’t seen each other since the school year began, former unit leaders with their past campers, a Mama Ozo and her Ozrim, and camp legends (in my mind) greeting each other as our worlds all collided. In one instance, I hugged my first unit leader from shoresh, Rachel Dolnick, and turned to introduce her to one of our current Village Directors, Emily Rotter. To my surprise, Emily and Rachel knew each other already; Emily was Rachel’s counselor. Throughout the night, the connections kept coming. We enjoyed meeting new friends, seeing old faces, welcoming babies (future Interlaken campers), embracing new families, and watching how the camp magic impacted each generation. It truly was a l’dor v’dor event (from generation to generation). 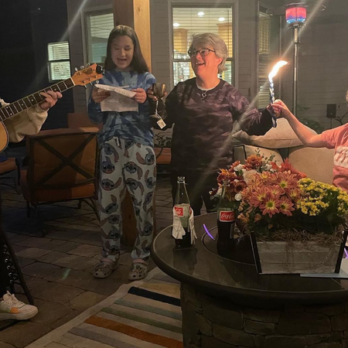 Campers and Ozrim held our symbols of Havdalah: the braided candle, b’samim (spices), and wine (grape juice). Several generations of song leaders led this beautiful ceremony. As I closed my eyes, I was instantly transported. I was lakeside, behind the chadar ochel, arm in arm with my best friends, seated behind my rambunctious campers, laughing about the evening program we just finished, and, most importantly, feeling the strongest sense of belonging that I have felt in my life. I opened my eyes, and none of those feelings changed. I was still standing behind my campers, arm in arm with my favorite people, knowing that I belonged, and that it was going to be a great week ahead.

Thank you to Emilie and Jesse for hosting such a meaningful evening. We are deeply grateful for all our Havdalah hosts: Danielle and CJ Wagner (Milwaukee), Debbie Singer and Matt Rosenberg (Evanston), Sarah Eisinger (NY), Mara Gollin-Garrett and Simcha Cohen (Minneapolis), Sydney Recht Appel (San Francisco), Stacey and Joel Rosansky (Denver), and Aimee Horn (Washington D.C.). I know that each location was magical for those who attended, and I cannot wait to do it again!  Shavua Tov! 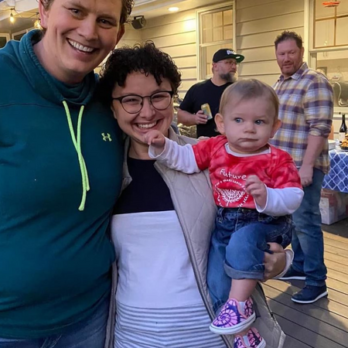