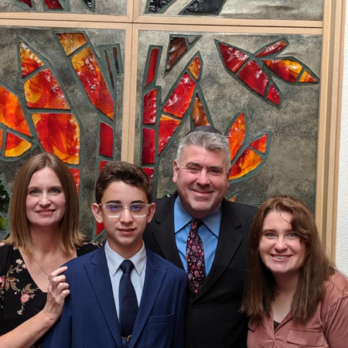 Please join us in welcoming our newest Assistant Director to Camp Interlaken JCC: Randy “Grizz” Comensky. Grizz joined the team in the late winter, and it has been an amazing pleasure to integrate him into the team and also to work alongside him. Grizz has an extensive Jewish camping background that started at Camp Sabra, the resident camp of his hometown St. Louis JCC, where he spent 20 summers. “Camp Sabra is where I grew up and experienced residence camping through the eyes of a camper, counselor, unit head, assistant director, and, ultimately, as its director,” said Grizz. “I learned a lot at Sabra, and that helped catapult me into Jewish camping as a career.”

Over the past 15+ years, Grizz has built an extensive Jewish camping résumé that includes serving as Director of Camp Lakeland (JCC of Buffalo, NY), Children and Day Camping Director at the JCC of Houston, and most recently Senior Managing Director of the JCC Day Camp powered by Tamarack Camp in Metro Detroit. All of these positions were special to Grizz, yet it was in his last position that he realized resident camping was his true passion. What better place to get back into resident camping than at Camp Interlaken JCC, a place where everyone is welcomed with open arms and where the ruach is music to everyone’s ears.

“Resident camping is deeply important to me, professionally and personally, because it has highlighted my life in so many ways,” said Grizz. “I met my wife at camp, we adopted our first puppy, Presley Jackson Lebowski, from a camp caretaker, our children were born and raised at camp, I met many lifelong friends at camp, and some of my former campers have themselves gone on to careers in resident camping.”

Grizz was an easy choice to add to the Interlaken team because of his extensive experience and his impassioned approach to camper development. A graduate of the University of Missouri – St. Louis with a degree in Elementary Education, Grizz thinks of himself as an experiential educator who teaches children outside of the traditional classroom. “Camp is my happy place because of the people, the relationships, and the opportunities to learn and grow together,” noted Grizz. “Toni has created such a great culture at Camp Interlaken, and I loved my first summer as a member of the Interlaken family; I can’t wait for the next!” 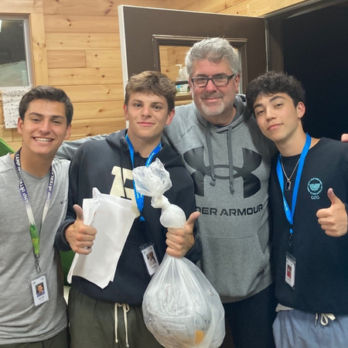